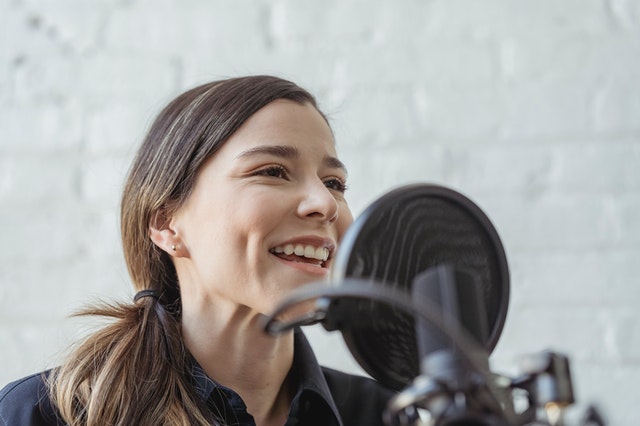 Photo by George Milton from Pexels

Speech on Election: Election is a process by which people put forth their political opinion and choose a qualified political leader by public voting. Elections are a tool for selecting representatives of modern democracies. The leader who is elected will have control over the people and will also take responsibility of the state and the country.

People can express their displeasure through elections. Election is an arrangement made by the constitution where the votes cast by the citizens are converted into political decisions.

These given speeches will be useful for the students who can be selected to give speech on election.

Good morning to our honorable Principal, my teachers and my friends.

I am (your name), and I have been chosen to deliver the speech on the election.

Elections act as a fundamental contribution to democratic governance. Election is a process that enables citizens to cast their vote and select leaders and hold them accountable for their performance in office.

Elections preach politics to the people and ensure that the accountability of democratic government is in favor of the citizens. Elections are a strong pillar of the democracy of a country.

Elections are also held in the offices of the legislature, executive, judiciary and regional and local governments. Suffrage is an integral feature of elections. This includes the right to vote in elections. Who gets the chance to vote emerges as an important question as voters do not allow the entire population to cast their votes.

Some countries prohibit their citizens from voting until a certain age. All jurisdictions adhere to a certain age limit for voting. For example, in India, a citizen of the country can vote only when he is eighteen years old.

The second characteristic of an election is its electorate. The number or size of citizens of a country who are eligible to vote make up the electoral college. Then comes the nomination of a candidate where a person qualified to be a leader is selected for election to public office.

The elaborate constitutional system and efficient voting system combined to advance the electoral system. This system converts the votes cast by the citizens into public decisions. The first phase involves tallying of votes using ballot papers and various counting systems. Then the result is declared on the basis of tally count.

The electoral system can be classified into two parts, which are proportional and majoritarian. The former included party-list proportional representation and an additional member system. In contrast, the latter consists of the first post-election past, also known as relative majority and absolute majority.

The next step involves scheduling. This process arranges and controls elections. Since elected candidates are accountable to the citizens who voted for them, they are obliged to return to the electorate at given intervals to demand their mandate to remain in office. The constituency gives the selected candidates the right to act as their representative.

The last step in conducting a systematic election is to organize an election campaign. It is an attempt to positively influence the decisions of a particular group. Politicians compete against each other and try to attract the attention of more citizens.

Photo by Edmond Dantès from Pexels

Good morning to our honorable Principal, my respected teachers and my friends.

I am (your name), and I have been chosen to deliver the speech on the election.

An election provides a good opportunity to the citizens of the country to participate in politics and express their political opinion. Elections help in controlling the political power of political leaders.

Elections help to facilitate social and political integration. An election strengthens a voter’s self-esteem and self-esteem. Elections are carried out by a variety of processes, from suffrage to nomination of candidates, system of electoral systems, scheduling and conduct of election campaigns, attempting to elicit positive feedback from citizens in favor of the selected candidates.

Election is a symbol of political freedom and empowers every common man to exercise his power to vote.

10 lines on election speech in english

If you’re writing a school election speech, chances are you’re running for the position of student government. You want to produce a great speech with strong, persuasive arguments that impress others – and their vote, too. for some advice , Keep reading on writing a school election speech that people will love—and remember.
rtfgvbSpeech On Election

When you give your speech, you will only have a limited amount of time. That being the case, you need to focus on having a few key points well distributed, rather than a lot of random points in a fuzzy way.

Give yourself enough time to brainstorm topics and put together a well-crafted argument. Be specific and stay on topic. Start creating a profile of yourself and think about the messages you want to send to your teammates. What issues have inspired you to run? What qualities make you a good fit for the office?

Once you’ve done your brainstorming, it’s time to put pen to paper, or at least fingertip keyboards.

Not everyone in school knows you. Let them know who you are, and do so in a way that shows off your best qualities. Some thoughts to consider:

Are you an outside school leader? Students who are not part of what you do might not know it.

What do you do off campus that connects with the larger school community? Arts events like music and theater, community organizations like 4-H or Scouts, and sports teams are all good bets to show how good and well-connected you are.

As many wise men have said, “It’s not what you know, it’s what you know.” Do you have a network of friends that can distribute flyers and persuade voters? Give them a go! Incorporate Your Successes into Your Speech: If everyone on campus has seen one of your passersby, you obviously know how to inspire fellow students on a project!

We saved the most important for last. Are you eager to help influence your school and community for the better? Ask yourself:

This is the most important part of speech. Build everything else around it. To help you focus on your main issues, try keyword profiling.

Once it’s actually time to deliver your speech, you should already be cramming our 4-Step Process. A good basic rule is to choose two main issues you want to address. Then:

In a good speech, presentation matters at least as much as the content. Make sure you balance your humility and modesty with your leadership ability and confidence.

It’s tempting to go negative. Pointing out flaws in other candidates’ arguments can seem like a surefire way to make yourself look better.

Don’t be a fool Going negative is the dark side: faster, easier, more tempting, but ultimately the good guys win. Use your time to make yourself look good, and if your opponents turn negative, admit that they did in your speech, but refuse to succumb to your temptation. After all, your concern is not your opponents. This is good for your class.

Example of a school election speech

Read through this example speech for some inspiration.

Greetings to everyone! I am the Pat D. At Townsville Academy, Candidate, and I want to be the next sophomore class president. I am a student of 4.0, the captain of the soccer team and the president of the Latin club. For all of Townsville High, I want to put my leadership experience to work .

I am deeply concerned about the state of the art programs in Townsville. Both the choir and the band lack funding, and the theater program has gone from four shows a year to just two. I have a series of fundraising concerts and events planned where all three events support each other and bring in new contributions.

I have also been heavily involved in the debate over the new soccer stadium. Obviously, I love soccer – go Tigers! – but I believe that the money currently allocated to build a new soccer field could be better spent elsewhere. We already have a perfectly good field, and that money is needed far more for other programs. If elected, I hope to convince school administrators to make better use of that money.

I know Colin made some comments about my views in his speech. This is not a suitable platform for that. If Colin or any other student has questions about my policies, I invite them to participate in the all-candidate debate next Wednesday. Anyone who wants to join can come, and breakfast will be provided.

I promise to run a positive campaign, keep our policies transparent, and focus all my energy on the well-being of Townsville Second Class. I’m the Pat D candidate, and I want your vote!

A good speech is important for success in student government. In many cases, your speech will be your only real chance to present your side directly to your fellow students. Follow our steps, focus on your issues and you have a real chance of success.

For more on oratory in general, check out our article on persuasive speech. Mix and match that advice with the suggestions in this article and you can’t go wrong

FAQ on Speech on Elections

question 1. What are direct and indirect elections?

answer: Direct election system is a system in which voters vote directly for selected candidates. In indirect elections, voters elect a body which in turn elects office-bearers.

Question 2. Name the types of elections in India.

Question 3. What is election system?

answer: The electoral system is the arrangement made by the constitution and the voting system that enables citizens’ votes to be converted into political decisions. It includes a set of rules that determine how the election will be conducted, and the results to be determined. Governments organize political electoral systems. Laws govern all the elements of voting, such as when elections will be held, who is eligible to vote, who can be elected as a candidate, etc.

Question 4. Which article in the Constitution of India gives provision for the electoral system?

answer: Articles 324 to 329 provide for the electoral system in India.