One Nation One Voter ID

The Election Commission of India (ECI) , In response to the COVID-19 pandemic, has made it possible for senior citizens over the age of 65 to vote by postal ballot, given that they are at higher risk of exposure to the novel coronavirus.

Till now, this option was available only to disabled citizens and people above 80 years of age.

Now, there is an opinion that the same forceful approach should be extended to another group that faces enormous difficulties in exercising their franchise: migrant workers.

According to the 2017 Economic Survey, the number of internal migrant workers is about 139 million, which is about a third of India’s labor force.

They are often unable to exercise their voting rights. Hence, migrant workers become semi-disengaged, forgotten voters because they cannot afford to return home on election day to elect their representatives.

What needs to be done now?

Ensuring that every Indian who is eligible to vote can do so, should be a central mission for the ECI.

A ‘One Nation One Ration Card’ is being introduced to enable migrant workers and their family members to get the benefits of the Public Distribution System from any fair price shop in the country.

Similarly, voting should be viewed not only as a civic duty but as a civil right. To ensure local ballot portability and empower the forgotten migrant voter, we must demonstrate political will to introduce ‘One Nation One Voter ID’.

The US has added Pakistan and 14 other countries to the Child Soldier Recruiter List, which identifies foreign governments that have government-backed armed groups that recruit or use child soldiers.

Child Soldier refers to any person under the age of 18 who has been recruited or used by an armed force or armed group in any capacity.

This includes, but is not limited to, children, boys and girls who are used as fighters, cooks, porters, spies or for sexual purposes (Paris Principles on the Participation of Children in Armed Conflict 2007).

The US Child Soldiers Prevention Act-2008 (CSPA) requires publication in the Annual Trafficking in Persons (TIP) report, which lists foreign governments that have recruited or used child soldiers. Some of the countries added in the list are Pakistan, Turkey, Afghanistan, Myanmar, Iran, Iraq, Nigeria, Yemen etc.

The United Nations (UN) confirmed that in 2019 alone more than 7,000 children were recruited and used as soldiers.
The CSPA prohibits the US government from providing military aid, including funding, military education and training, or the direct sale of military equipment, to countries that recruit and use child soldiers.

The recruitment or use of children under the age of 15 as soldiers is prohibited by both the United Nations Convention on the Rights of the Child (CRC) and the Additional Protocols to the Geneva Conventions.

The CRC states that childhood is distinct from adulthood, and lasts until 18; It is a special, protected time, in which children should be allowed to grow, learn, play, develop and flourish with dignity.

The Geneva Conventions and their additional protocols are at the core of international humanitarian law, which governs the conduct of armed conflict and seeks to limit its effects. They protect those who are not participating in hostilities and those who are no longer doing so.

The Optional Protocol to the CRC on the Participation of Children in Armed Conflict prohibits children under the age of 18 from compulsorily enlisting in state or non-state armed forces or directly engaging in hostilities.

Also, the United Nations has identified the recruitment and use of child soldiers as one of six “serious violations”. The other five violations are:

Issues with the CRC:

These treaties are limited in scope and nature, and they tend to be idealistic rather than practicable.
The UN’s mechanisms only bind state parties that ratify the treaties. Rebel militias recruiting child soldiers , It therefore has no authority over countries that are not parties to the convention or are non-state entities, such as.

Though not very common in India, child soldiers are seen among non-state forces such as insurgent organizations in the NorthEast region (mainly in Assam, Manipur, Nagaland) and militant factions in the Kashmir region.

International treaties and instruments, such as the CRC and its Optional Protocol are valuable and necessary tools to ensure betterment of children but these must be implemented by all parties in its true spirit.

Established at Institute of Liver and Biliary Sciences (ILBS), Delhi.

Objective: To facilitate access to plasma which is being used as a test for treating COVID-19 patients.

The plasma bank works like a blood bank, and is specially designed for people who are suffering from COVID-19, and have been prescribed treatment by doctors.

Who can donate plasma?

People who had the disease but had recovered for at least 14 days prior to donation may be considered.

How is plasma donation different from blood donation?

How long will the antibody stay in the recipient?

After the antibody serum is given, it will remain on the recipient for at least three to four days. The sick person will recover during this time. Various studies have confirmed this

Every year, 4th July is observed as the death anniversary of Swami Vivekananda, who is regarded as a one of the finest spiritual leaders and intellects India has produced. 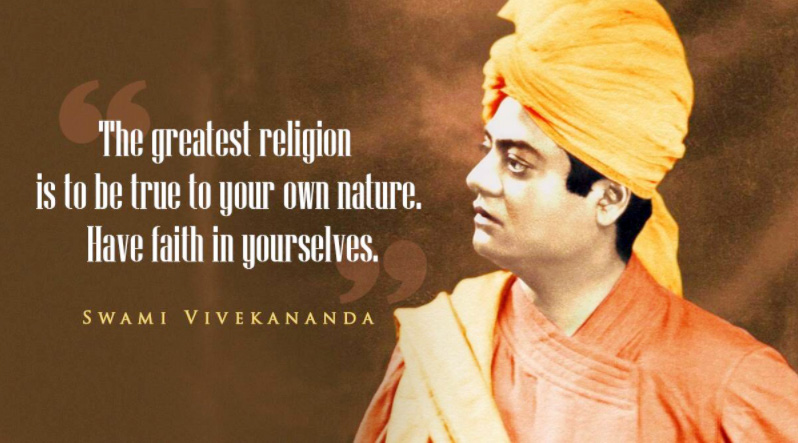 He was born as Narendranath Datta on January 12, 1863.
National Youth Day is organized every year to commemorate the birth anniversary of Swami Vivekananda.
In 1893, at the request of Maharaja Ajit Singh of Khetri State, he took the name ‘Vivekananda’.